The MegaWASP array does the Crescent region in Cygnus

Last night, for the first time since I put it together, I have been able to use the 2 x Canon 200mm lenses (and M26C Trius cameras) as intended.

The whole idea with this rig was to get two horizontal frames for a very large FOV mosaic, so that the overall frame would be almost square.  The other reason for going for 2-framers with the 200mm lenses is that time-wise I would be able to do the equivalent of a single (200mm) frame with a 4-framer using the Sky 90s, and as there are 3 Sky 90s then it would almost take the same time as well – so pointless doing a single frame with a single camera on the 200mm lens.  Not so pointless with 2 lenses, but I didn’t have 2 when I was working this all out months ago.

Carrying on.  I had 3 hours of imaging time from 11:00 p.m. until 2:00 a.m. when the Crescent would transit so I managed to grab 10 x 15-minute subs on the left hand frame and 12 x 15-minute subs on the right hand frame.  A single frame measures 398 x 267 arc minutes.  Not enough time spent on this for a high quality image but at least it shows that the general principle works as expected.  Now all I need is some longer nights, some clear Moonless skies – and this kit will ROCK 🙂 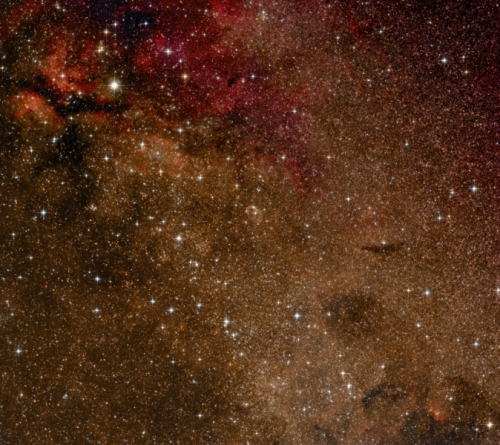