A 10-year Journey on Speed or Why the Hyperstar Really is a High-Speed Imaging System.

No not amphetamines speed, but f# speed, a poorly understood but absolutely critical optical system parameter.

It has been a very difficult decision for me to make on how to tell this story. I have had clues about what’s been going on dating back some 16 years, but for some unknown reason my brain decided it was not going to put all the pieces together, and give me enlightenment. Instead, I have had to wait until just two days ago when I put up 2 images side-by-side, for me to finally understand what’s been going on. So the best way to start the story I guess, is with those 2 images. 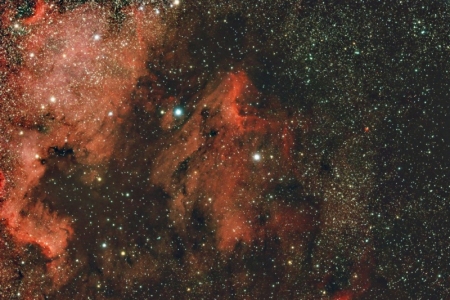 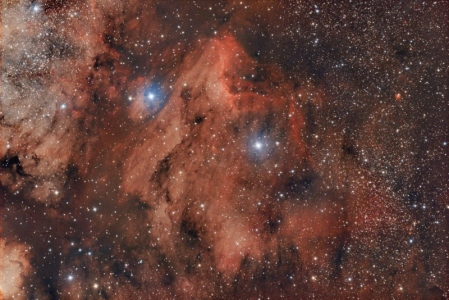 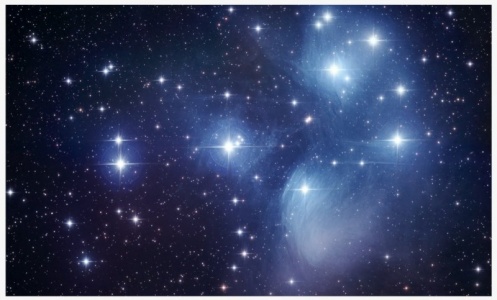 Figure 3) A four-frame mosaic of the Pleiades using the original Hyperstar @ f#2 and a tiny little H9C OSC CCD. Each frame is an hour’s worth of 60-second subs, so there are 60 subs per frame.

The Pleiades image in Figure 3) should have been my first clue as to what’s going on if I had listened a little closer to Ron Arbour’s comments. I sent the image to Ron as it had an asteroid going through the Merope nebulosity, and I knew that Ron, being a supernova hunter could probably identify it for me. Ron did identify the asteroid, but he also made the passing comment, “Although glassy clean and very low-noise (due to there being 60 subs per frame) your image is not very deep”, which at the time I thought was an odd thing to say. As you can see, there’s plenty of nebulosity in the image, so it didn’t seem particularly “shallow” to me. I completely forgot about Ron’s comment and moved on. 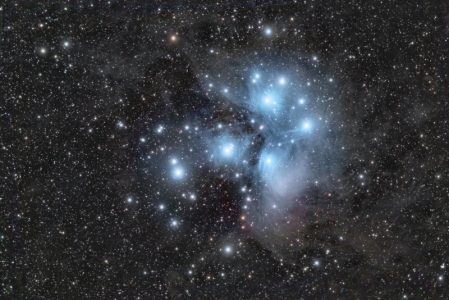 Figure 4) A deep single frame image of the Pleiades using the 3 x Sky90 refractor array at the NFO. Many hours of 10, 20 and 30-minute subs, plus 6-hours of 1-hour long sub-exposures!

The Pleiades image in Figure 4) was taken just a few years ago using the Sky90 refractor array I call the MiniWASP array at the NFO. Well there’s no questioning that this time we have a very deep image, and it is clearly much deeper than the original Hyperstar image in Figure 3). I still didn’t put the pieces together.

I have been running the MiniWASP array for something like 10 years now, this array comprises 3 x Sky90 f#4.5 refractors with M26C OSC CCDs, and 2 x Canon 200mm prime lenses stopped down to f#3.8 with Trius M26C OSC CCDs. I have written an article about the array for Astronomy Now, and I have had many images produced by the array published by Astronomy Now. However, I have kept it rather to myself, that I have not been overly impressed by the images the array produces, certainly not when you compare images produced by the array against Hyperstar images.

For the final bit of the jigsaw you need to go back just over 10 years when I was putting pen to paper and trying to work out what I needed to assemble for my proposed MiniWASP array. I wanted the array to approach Hyperstar performance, and although equalling Hyperstar performance was out of my price range, I thought I could get some way towards it by paralleling up a bunch of Sky90 refractors. So the original thought went something like this. The Hyperstar operates at f#2 and the Sky90s (with reducer/corrector) are f#4.5. In terms of speed this means the Hyperstar is some 5 times faster than the Sky90s, so logic (without much thought) says if I build a 5 x Sky90 array then I will have Hyperstar performance using refractors. I should say at this point that there were other reasons I wanted to use refractors rather than the Hyperstar, and these were that the refractors could image very bright stars (including Sirius) without ANY lens flare. Also, I found the star images from the refractors were just “better” looking than those from the Hyperstar. I don’t know what that undefinable something is, but it might have something to do with the refractors having higher contrast than the Hyperstar as they don’t have a secondary mirror port getting in the (optical) way of the main mirror. As my wallet would only stretch to 3 x Sky90s rather than the 5 required I had expected less than Hyperstar performance, but I hadn’t expected for a moment the actual (highly disappointing) performance I got. Star fields were great, the results for point objects were pretty much as I had expected. But nebulae and other extended objects were another thing entirely. I had to use rather long subs of at least 15 to 20-minutes to get anything I was happy with, and I needed at least 20 of them to get a decent low-noise final image as well. So, where did I go wrong?

Well, if you were more on the ball than I was, the answer was right there with those first two images. A Hyperstar at f#2 is 5 times faster than a Sky90 at f#4.5, we know that. But what that means, and this is the final bit of the jigsaw that only just came together for me, is that an f#4.5 Sky90 needs to take a 50-minute sub to get the same depth of image as a 10-minute Hyperstar sub! It doesn’t matter if you have 5 Sky90s working in parallel, each camera/refractor system is STILL only f#4.5, you WILL need a 50-minute sub-exposure with the Sky90s to equal the depth of image achieved by a single 10-minute sub-exposure with the Hyperstar. You don’t even get the bonus of a lower noise image with the Sky90s. If you produce 5 subs of 50-minutes duration using 5 Sky90s, then you will also produce 5 subs of 10-minutes for the same 50-minute duration using the Hyperstar. So the noise reduction (due to stacking together subs) is just the same in both cases. The only real problem is, you would have forked out on 5 Sky90s together with their cameras, just to manage to get the quality of data you could get from a single Hyperstar 4 with a single camera. This is not really a cost-effective solution to the problem.

You will see people on a number of Forums say that the Hyperstar is a “hype” job, and that this “faster, high-speed” imaging business is just an advertising gimmick. They feel this must be so because you can use the same optical system, say an 11” reflector to image at both f#10 and f#2. Now since the collection optics is the same, an 11” mirror, the thought is, you will get the same photon density in the focal plane in both cases, one is no faster than the other. That train of thought is unfortunately totally incorrect. The f#2 system images a much BIGGER area of sky than the f#10 system, the field of view at f#2 is much greater than the FOV at f#10. Since you are imaging a much bigger area of sky at f#2 it should really come as no surprise to you that the photon density in the image plane is also much bigger than for imaging at f#10. So f#, which is simply defined as the focal length of the optical system divided by the system aperture, REALLY is the “speed” of the system. It does seem to defy common-sense because one’s first thought is that a bigger mirror must put more photons per unit area onto the sensor – BUT – go back to the definition of f#. f# is normalised to the optical aperture by taking the ratio, focal length/aperture. This leads to this conclusion, that I must admit, even I don’t like, and that is the 8-foot f#24 mirror of the Hubble Space Telescope is 144 times SLOWER than the f#2 Hyperstar 4 sitting in my back garden. Strange but true.

This entry was posted in Articles, Equipment, News. Bookmark the permalink.